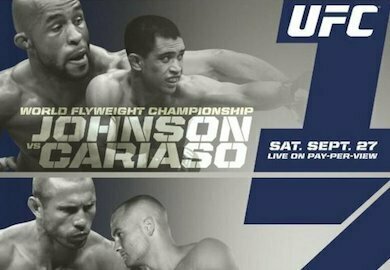 UFC 178 takes place this Saturday from the MGM Grand Garden Arena with Demetrious Johnson defending his flyweight championship against Chris Cariaso in the main event.

The event will take place this Friday at Premier Ballroom at the MGM Grand Hotel & Casino.

The event will be kicked off by a press conference with UFC 181 headliners Chris Weidman, Vitor Belfort, Anthony Pettis, and Gilbert Melendez. The doors will open at 1 p.m. PT to Fight Club members, and then to the public at 1:30 p.m. PT, with the conference starting at 2 p.m. PT.

The lineup for UFC 178 is as follows: