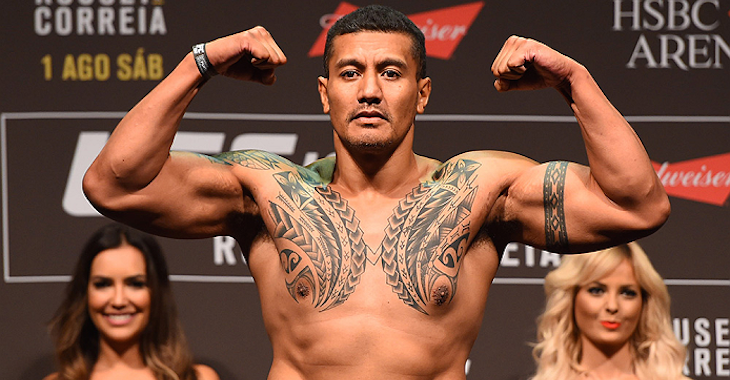 38-year-old Soa Palelei announced his retirement via Twitter on Monday. The UFC heavyweight from Australia announced his time spent fighting in the ring are done, but his involvement with MMA will continue as he hopes to help the sport grow.

The announcement comes on the heels of Palelei being removed from the UFC’s active roster earlier this week.

I want to take an opportunity to officially announce my retirement from the sport of Mixed Martial Arts. Thank you to the UFC, Dana White, Lorenzo Fertitta and Joe Silva for giving me a second chance to fight for the organization. I’ve had a great time, but feel it’s time to focus on my family and other career interests. After several months of thought and discussion with my family and my team, we realize our future includes many things in MMA, but active competition in the sport is no longer one of them. This isn’t goodbye, as I will still be very much involved in the sport but just not as a fighter. I want to help further MMA around the world and give my contribution to the sport. I know that I have, and will continue to contribute much to the growth of our sport outside of the Octagon. Stay tuned guys as there is still so much more to come from “The Hulk” ‪#‎WatchThisSpace ‪#‎MuchLove

We will look forward to seeing “The Hulk” be a part of Mixed Martial Arts in the years to come.