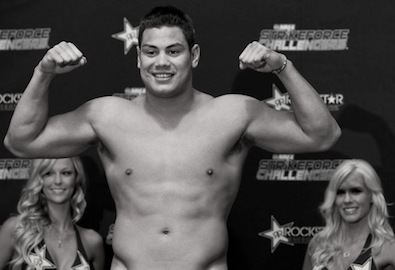 Top heavyweight prospect, Shane Del Rosario is in the hospital today after suffering from a near fatal heart attack Tuesday morning.

The Strikeforce import was recently announced injured and out of his UFC 168 contest against Guto Inocente with a rib injury.

Shane Del Rosario had a catastrophic cardiovascular collapse at home on Tuesday morning. He was brought to the hospital in full cardiac arrest. He was resuscitated in the emergency room back to a stable heart rhythm and blood pressure. He is currently in the coronary care unit critically ill. Our prayers are with him and his family.

Our thoughts go out to Shane and his family as we all hope for a quick and healthy recovery.