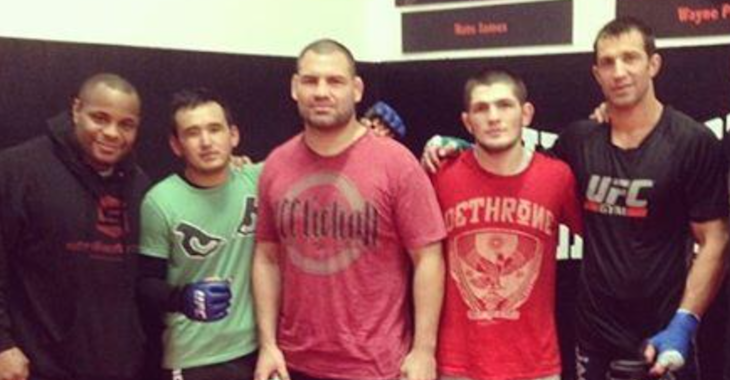 Cain Velasquez is set to put his title on the line against the UFC interim heavyweight champion Fabricio Werdum.

Velasquez, who trains out of AKA, has been criticized for being injured fairly often. Something Dana White attributed to his gym and what he perceives as stone age type training.

Now, Velasquez, while talking to FOX Sports, says that he doesn’t see it that way. He believes his gym does everything right to get their fighters prepared to fight.

“I don’t think you ever really see any of us show up to a fight and have a bad performance. We’re always ready to fight. And to get ready for a fight, you have to fight. Boxers box to get ready to fight, wrestlers wrestle. We have so much we have to do to get ready, but fighting is one of them.”
“Personally, most of my injuries were ones that I sustained during fights in UFC, not in practice. We do what we have to do to be ready, in practice, and I think our results are good.”