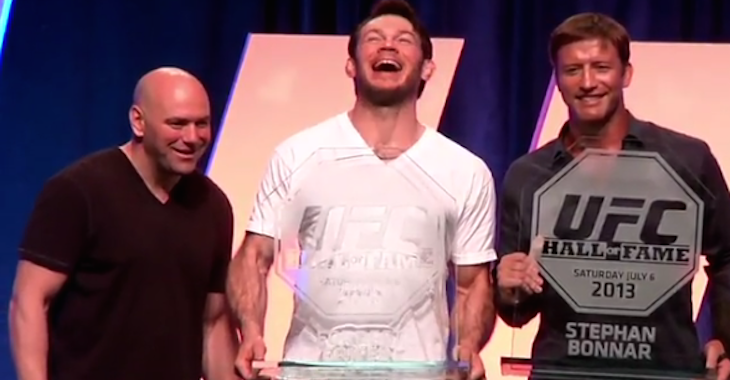 For the first time in the 12-year history of the UFC Hall of Fame, an entire class of legendary fighters and contributors will be inducted into distinct Hall of Fame categories at a special induction event, scheduled for July 11 at UFC Fan Expo 2015.

UFC today announced that after 12 years and with 12 inductees already enshrined, the UFC Hall of Fame is evolving into a unique four-category system, enabling UFC, media and fans to celebrate and commemorate the greatest achievements in the organization’s history in a well-defined historical context.

The four new UFC Hall of Fame categories are:

Modern era wing: commemorating fighters who made their pro MMA debut in the modern era

Pioneers era wing: commemorating fighters who made their pro MMA debut in the pioneers era

Fight wing: commemorating the greatest and most important bouts in the sport’s history

There are also preliminary plans for a physical UFC Hall of Fame to be constructed in the UFC’s home city of Las Vegas.

UFC President Dana White said: “The UFC Hall of Fame has an important job – it not only celebrates greatness but it helps pass stories of the greatest athletes and fights in UFC history on to the next generation of fight fans. We’re looking forward to announcing the class of 2015 and what is going to be a great induction event on July 11.”