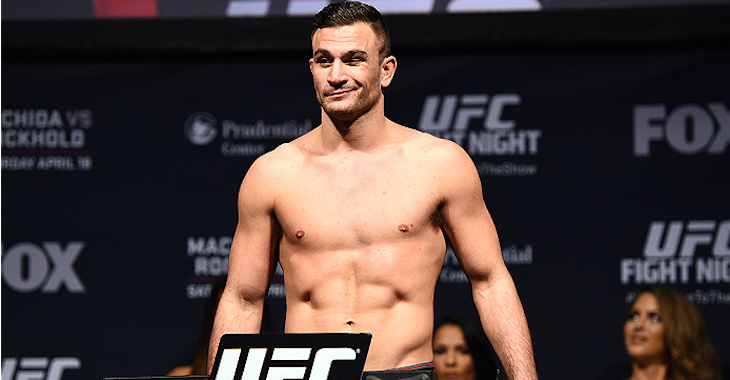 For the first time in his career, Anderson showed signs of weakness in the form of absorbing too many leg kicks. Villante put the pieces of the puzzle together in the second when he realized Anderson was not checking any of his kicks. It was not clear whether it was the pain or the anticipation of more kicks, but Anderson’s performance was hindered by Villante’s leg kicks.

Fatigue caught up with Villante toward the end of the second round and despite taking so much punishment, Anderson started to gain some momentum. He had poor leg kick defense, but he looked fantastic when he was throwing combinations.

Anderson was also landing punches from a long distance away which was catching Villante off guard, making him more cautious of future close-interactions. Not TOO cautious, though.

Villante fired off a BIG right hand from a distance and cracked Anderson on the temple. Anderson was out on his feet and hugged the fence to stay standing. Villante fired off three more unprotected shots
before the referee stepped in and waved the fight off.

Gian Villante def. Corey Anderson by way of TKO (Strikes) 4:18 of Round 3