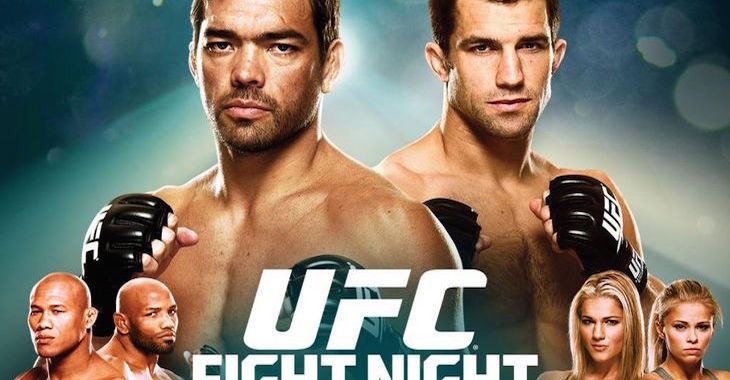 ‘UFC on FOX 15’ has wrapped up and the bonus report is in! There were so many amazing performances tonight— find out who took home an extra $50,000!

Fight of the Night: Gian Villante vs. Corey Anderson

Gian Villante and Corey Anderson left it all in the octagon with their performance on ‘UFC on FOX 15’. Despite their gas tanks emptying early on, Villante and Anderson had no issues running on empty and throwing bombs for fifteen minutes straight. Anderson never truly adapted to getting kicked in the leg all fight, but he kept pushing forward and showed a great amount of heart. Villante was just too much for him to handle tonight and Anderson suffered his first professional loss.

Performance of the Night: Max Holloway
If it wasn’t for Luke Rockhold’s amazing performance, we would still be talking about Holloway’s victory. Critics thought he would need to land takedowns to score a victory but he proved his naysayers wrong by out striking the striker. Holloway walked into this bout as the underdog and walked out of the cage with his stock risen.

Performance of the Night: Luke Rockhold
I don’t think we’ve ever seen anyone manhandle Lyoto Machida like that. Jon Jones may have dropped him to the ground after submitting him, but Rockhold was twice as dominant in his performance tonight. It was a flawless display of aggression and patience that won him the fight and a possible shot at the UFC Middleweight Championship.