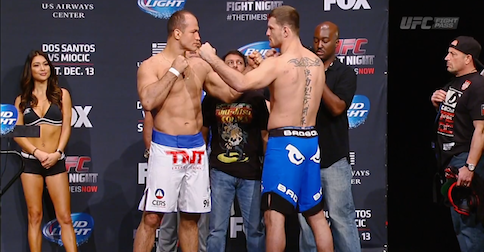 At the post-fight press conference it was announced that Ian Entwistle, Matt Mitrione, Junior Dos Santos, and Stipe Miocic earned $50,000 each in post-fight bonus money.

Entwistle picked up a heel hook win over Anthony Birchak in just 64 seconds.

Mitrione knocked out Gabriel Gonzaga in the first round.

And, Junior Dos Santos and Stipe Miocic both earned $50,000 for their part in their ‘Fight of the Night’.