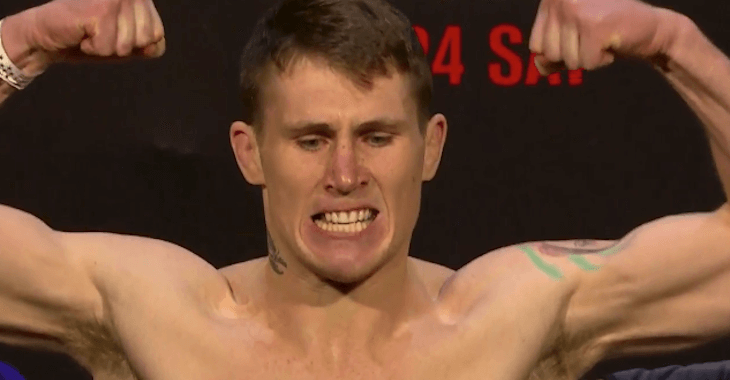 Undefeated welterweights Darren Till and Nicholas Dalby squared off in the second bout of the ‘UFC Fight Night Dublin’ main card.

Darren Till started off quickly, using his length and range to score some solid kicks on Dalby.

Clearly frustrated, Dalby attempted to clinch with Till, but the Liverpool-native was not having it.

Till ended up dropping Dalby with an uppercut with just seconds left in the first round, but the bell sounded before the 22-year-old Englishman could finish the fight.

Round 2 began with Till using his range to land some solid leg kicks and jabs on Dalby.

The pace of the fight slowed down considerably from round 1, which allowed Dalby to work his clinch game.

Till was able to escape the clinch and land another big shot on Dalby to close out round 2.

Dalby landed a big head kick to begin round 3, but Till was able to shake it off and continue his long range assault.

Another head kick lands from Dalby and Till is in obvious trouble. Dalby pressed forward and landed a takedown, which he used to score some serious ground and pound.

The fighters would eventually return to their feet, where Dalby continued his forward pressure, landing some good punches on Till before the bell sounded to end the fight.

After 15 minutes of exciting action, the judges ruled the bout between Darren Till (13-0-1 MMA) and Nicholas Dalby (14-0-1 MMA) to be a majority draw.