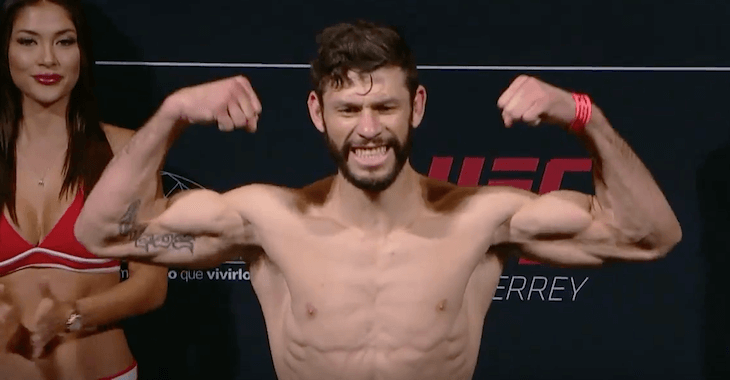 Monterrey, Mexico – It only took one round for Marco ‘Polo’ Reyes to achieve his first UFC victory, cracking his opponent Cesar Arzamendia with a great hook.

UFC Fight Night 78 will be held on November 21, 2015 at the Arena Monterrey in Monterrey, Mexico. The prelims air live on UFC Fight Pass.

With a fast start, Reyes popped Arzamendia and sent him briefly to the canvas. Both men traded with some exciting strikes early on, with Reyes taking center control. Arzamendia landed a handful of takedowns in the first round, but with little effectiveness. Reyes seemed unable to defend the incoming takedowns, but the sprawl was ultimately not needed. Marco ‘Polo’ Reyes threw a nasty left hook breaking out of the clinch, and knocked out his opponent at 3:42 in the first.

Great action so far far heating up on the prelims card.