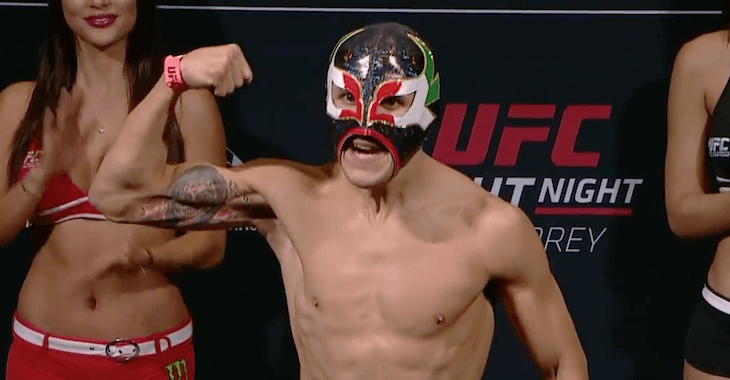 To close out tonights wild night of prelim fighting was the Erik Perez vs Taylor Lapilus fight. The Jackson MMA product needing a win to bounce back after a loss to Bryan Caraway last summer on a UFC Fight Night card. “Goyito” a Mexican mixed martial artist had his hands full early on the fight after narrowly getting submitted. Fatigue and punishment set in late in the grueling contest, but with Perez digging deep it made the call an easy one. All judges giving Perez the unanimous decision.

“At first I was really nervous,” Perez said. “It took me the first round to get into the rhythm of the fight.” Perez was quoted.  He found his rhythem amd that trasfers to nothing but momentum for Perez.