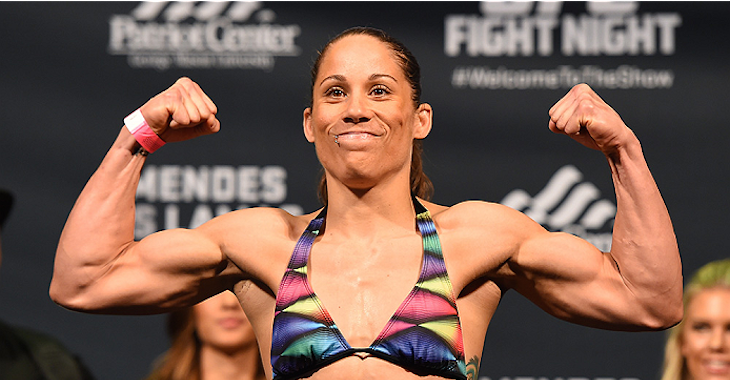 Liz Carmouche was never able to gain real momentum in tonight’s fight with Lauren Murphy but she was still able to walk out of the octagon with her hands raised.

Murphy did a fantastic job at controlling Carmouche tonight. Carmouche was by no means dominated, but Murphy tied her up with takedowns to the point where she was in control for the majority of the fight.

However, Carmouche was able to slam Murphy to the mat with impactful slams when it looked like action was at a lull. These slams caught the crowd off guard and brought them to life, but they shouldn’t have factored into the final decision much as they didn’t translate to anything.

Neither woman was in a position to really fire off and land combinations as it seemed they were both overcautious. As soon as one girl would go forward to strike, the other would either dip under and shoot for a takedown or simply back up.

When the judges’ decision was announced, Carmouche was confident they made the right choice. The fans, however, voiced their disapproval with a chorus of boos.