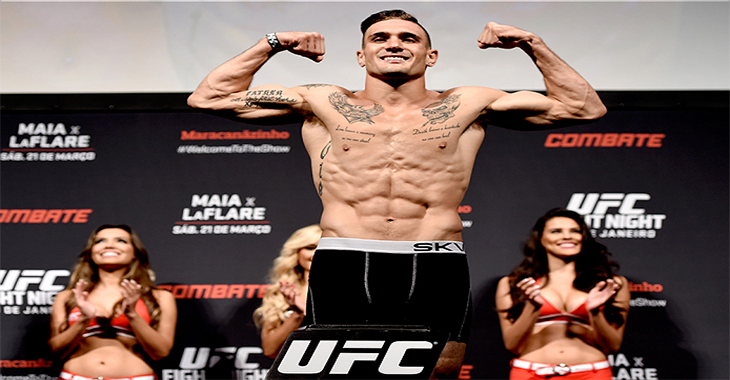 Christos Giagos was able to take Jorge de Oliveira down whenever he wanted and that was his key to success. Giagos transitioned at will from full guard to full mount within seconds and ultimately was in position to end the fight early.

Giagos applied a crossface from the side of Oliveira and proceeded to take his back. Oliveira was immediately trapped in the rear naked choke and tried his hardest to escape the hold. Giagos did a fantastic job at making sure Oliveira had nowhere to go and Oliveira was forced to tap out just before he passed out.

Christos Giagos def. Jorge de Oliveira by way of Submission (RNC) 3:12 of Round 1