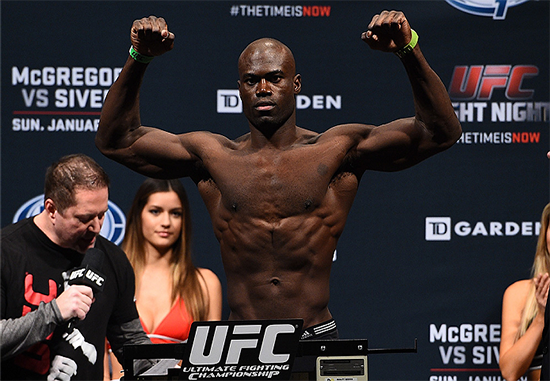 Uriah Hall picked up an early stoppage with the assistance of the doctor. Hall landed a couple punches early on in the first round that caused a gash above the eye of Ron Stallings. This was Stallings debut bout in the UFC and the fact that it was a doctor stoppage can almost guarantee we will see him again.

Uriah Hall was extremely respectful after the bout and thanked Ron Stallings for taking the fight on short notice. Hall looked fantastic for the three minutes he was fighting as he was able to land a knockdown off a counter cross. Hall proceeded to call out Constantinos Philippou for a bout in April.

Uriah Hall def. Ron Stallings by way of TKO (Doctor Stoppage) 3:37 of Round 1