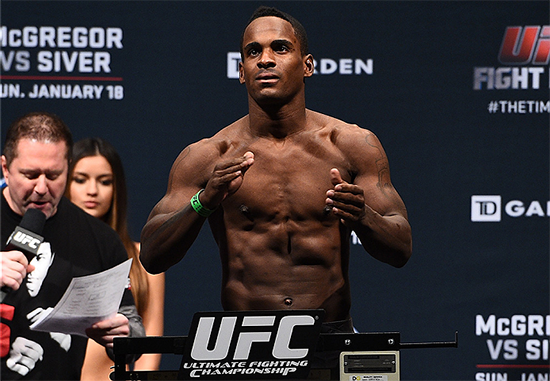 John Howard’s head movement was looking good in the opening minute of the bout, but Lorenz Larkin was on another level tonight in Boston. Larkin was light on his feet and picked every shot strategically which resulted in a big TKO win for him.

Larkin caught Howard off guard with a huge overhand right. Howard, wobbled by the shot, stumbled backwards and his knee buckled. Larkin jumped on him and shoved him to the ground where he proceeded to end it with unprotected shots. Larkin looked the best he ever has in the octagon and he confessed during his post-fight interview that he felt like a “whole new person”.

Lorenz Larkin def. John Howard by way of TKO (Strikes) 2:17 of Round 1