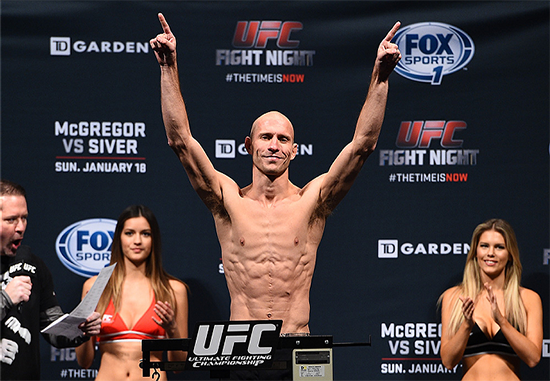 Benson Henderson looked amazing tonight in defeat against Donald Cerrone who looked great in his own right. Cerrone never got to unload like he wanted considering he took the fight on such short notice, but he gained the decision win nonetheless.

Henderson was more diverse in his attack than Cerrone was, but Cerrone’s strikes landed more flush and did more damage. After a relatively even first round, both fighters saw their share of offense in the second. Cerrone looked to be gaining momentum after landing a dragging takedown, but Henderson made it back to his feet eventually and went right back to picking Cerrone apart with different shots.

The thigh kick made its return to the octagon tonight as Henderson utilized it throughout the bout. He changed levels beautifully and the thigh attacks took away whatever chance Cerrone had at throwing his brutal leg kicks.

Henderson’s confidence rose as each minute passed and it showed in how he was connecting. He threw flying knees and recovered with ease and bounced right back to throw hind leg kicks to the rear leg of Cerrone. Cerrone by no means looked weak tonight, but it was not his best showing in the octagon. Regardless, he proved he was one of the toughest lightweights in the world.

When the judges’ decision was read, Ben Henderson looked confused and Donald Cerrone looked relieved. Do you think the judges made the right decision?