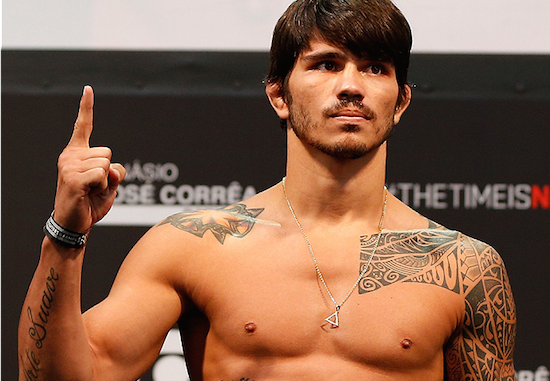 Erick Silva is back to his winning ways with a quick submission victory!

Erick Silva took Mike Rhodes down to the ground and eventually transitioned to side control. Silva found himself in position to lock in an arm-triangle choke and applied the hold to Rhodes. Rhodes looked to defend the hold by creating space between his shoulder and his neck, but the hold was on so tight there was no escaping it. Rhodes passed out and the referee quickly stepped in to pull Silva off.