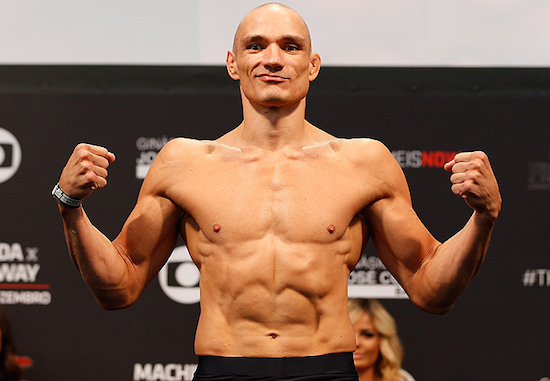 What a way to kick off tonight’s card in Brazil! Vitor Miranda was getting out-grappled for four minutes and it looked like the round was in the bag, but Miranada fired off a last second kick that won him the fight!

With ten seconds remaining, Miranda was able to get back to his feet where he let out some desparation strikes to try and win back the round. After landing a leg kick, Collier tried to counter with one of his own. Miranda followed it up with a headkick that connected flush! Collier tried his best to stay standing, but he eventually slumped to the ground where Miranda was ready to meet him with more strikes. The referee stepped in before Collier could take any extra punishment.