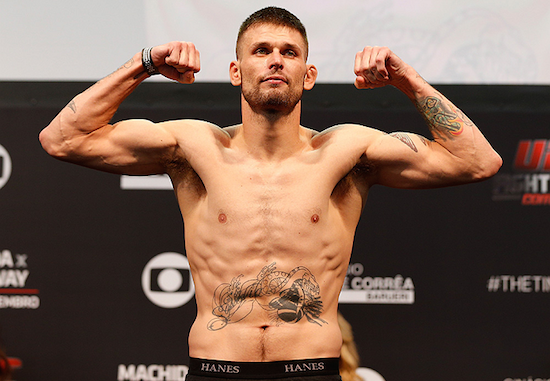 Means looked to be gaining momentum in the second round, but it was cut to a halt when the referee paused the bout due to an illegal knee. The referee stopped the bout because it looked like Means landed a knee to Alexandre while his fingertips were on the ground, but upon replay review you could see it was a legal blow. Means was livid by the halt in action and once the fight was resumed, he fought aggressive. Means eventually ate a headkick and Alexandre threatened to finish the fight, but Means recovered and turned the tables on his opponent.

Means dictated where the action went in the octagon throughout the final five minutes, but his output of strikes decreased greatly. When he attacked, he targeted the body. Alexandre grappled whenever he got close enough to make it look like he was engaging, but Means simply shrugged him off.

When the judges’ decision was announced, it was no surprise that it was a split decision rather than a unanimous decision in favor of Tim Means. It just goes to show that foreign fighters in Brazil should not let the bout go to decision.