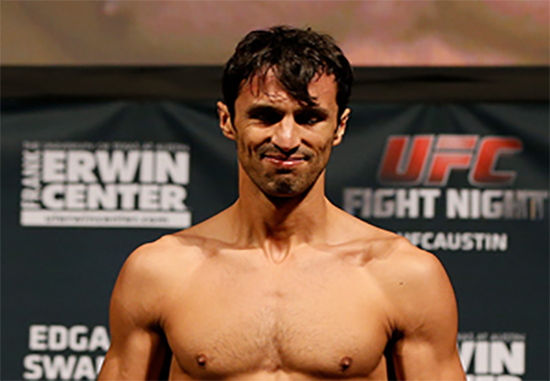 Akbarh Arreola redeemed himself after losing his UFC debut in July by submitting Yves Edwards in just one round.

Arreola set the hold up with a beautiful combination which caught Edwards completely off-guard. Arreola lunged towards Edwards and landed a right cross that sent Edwards tumbling to the mat in slow-motion. The fact that he feel so slow aided him as it seems like he recovered before he hit the canvas. Arreola followed him to the mat and tried to finish the bout, but Edwards showed resiliency and made it back to his feet.

Arreola would take him back to the ground with a slam and it seemed like the slam messed with Edward’s equilibrium. Arreola was able to easily transition to an armbar where Edwards quickly submitted.

Akbarh Arreola def. Yves Edwards by way of Submission (Armbar) 1:52 of Round 1