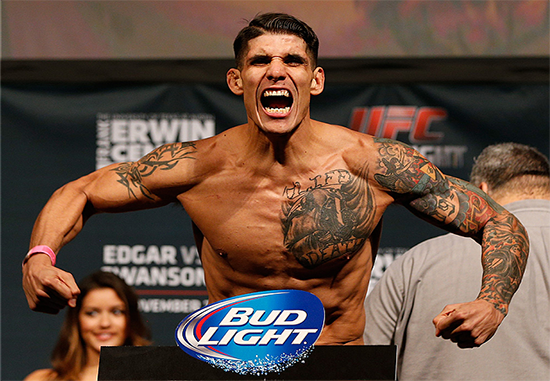 Luke Barnatt seemed to have been on his way to a decision victory against the +300 underdog Roger Narvaez, but Narvaez tried his hardest to make sure that would not happen by landing a big shot in the third round.

Narvaez scored the first knockdown twelve minutes into the fight, in round three. Barnatt let his hands down a little too low and Narvaez stunned him with a head kick. Barnatt wobbled back and Narvaez proceeded to land a couple more shots which dropped him. Narvaez jumped on him and instead of firing off punches, chose his shots and made sure not to gas himself out. He threatened the rear naked choke multiple times but Barnatt showed great composure and stayed in the fight.

Narvaez eventually tired himself out on the ground and was unable to transition into a favorable position. Barnatt made it back to his feet with fifteen seconds remaining. He fired off a head kick to keep Narvaez at bay as time expired.

When the final decision was read, it was announced that Luke Barnatt had lost by way of split decision! Two judges gave Roger Narvaez the fight (29-28 and 29-28). Do you agree with the judges’ call? Tweet us your thoughts or comment below!