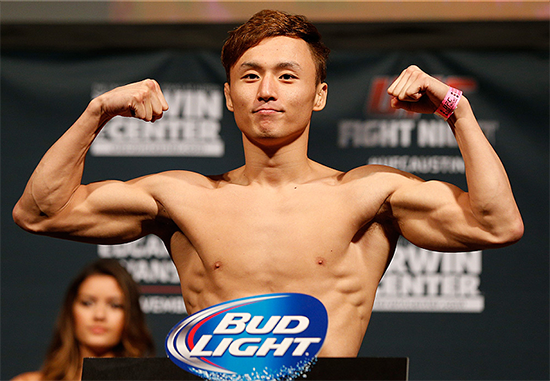 There’s no better way to kick off a UFC event than with a technical knockout!

Choi and Puig met in the middle of the octagon ready to bang for this featherweight contest. Puig tried to control where the fight was going by claiming the middle of the octagon. Choi feigned a left hand and caught Puig off guard with a right cross. The cross sent Puig crashing to the ground and Choi fired off with more shots. Instead of trying to improve his positioning, Puig simply turtled up and let Choi fire off more punches. The referee stepped in and stopped the bout in less than twenty seconds.