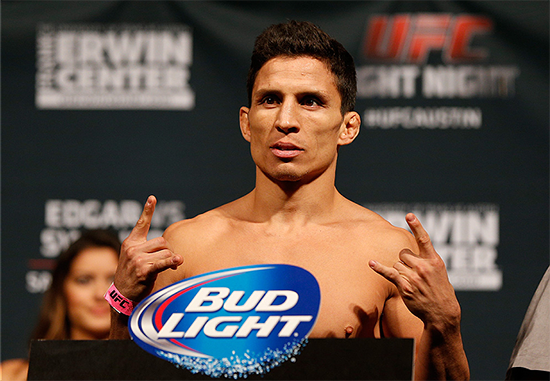 Joseph Benavidez came to fight and it showed in his performance tonight against Dustin Ortiz.

Benavidez stormed to the middle of the octagon at the start of the fight and these two pushed on an incredible pace from the opening second. The reputation of flyweights putting on incredible fights held true with this one as they put on a fun fight.

Benavidez volume of strikes dished out was tough to follow but it was even more of a surprise when those shots did not put Ortiz to sleep. Ortiz showed great durability and resiliency as he plowed through Benavidez’s attack and tried to gain momentum by turning it into a grappling bout.

Ortiz was able to get the clinch in the third round and as he tried to drag Benavidez down to the mat, Benavidez countered the takedown and ended up in top control. It was truly a dominant performance on Benavidez’s end and he showed the world why he is ranked second in his division.