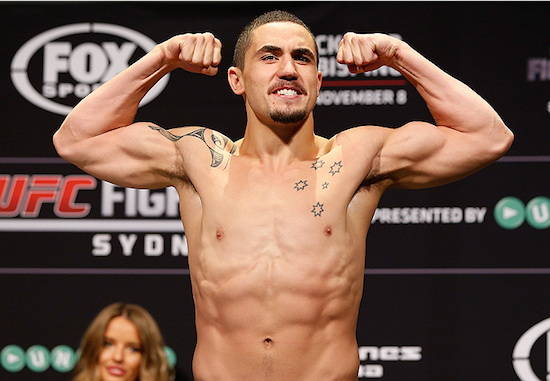 Whittaker landed a solid leg kick right off the bat to open round one. Hester returned fire with a huge right hand that landed flush. Both men were throwing hard punches early. Hester landed a huge spinning back elbow but Whittaker was unfazed. Whittaker would drop Hester with a straight right moments later and use the opening to take top control on the ground. Hester was able to switch the position just seconds before the round 1 bell.

Round 2 was an absolute slugfest, as both men threw caution to the win and began throwing wild. Hester seemed to be getting the better of the exchanges early, but Whittaker would eventually turn the tide. Whittaker would land a huge knee that dropped Hester and after a few more punches the referee had seen enough.

With the victory, Whittaker improves his UFC record to 4-2.

Meanwhile, the loss marked Hester’s first inside the octagon.