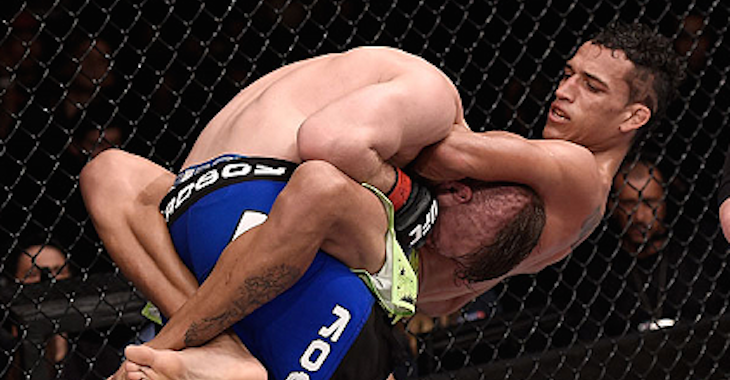 Charles Oliveira put on one of the best performances of his career this past Saturday at UFC Fight Night 67 when he submitted Nik Lentz in the final round of their fight.

Oliveira has always seemed to be an incredible talent in the octagon, but he was never able to put all of the pieces of the puzzle together to string enough wins together. Now riding a four-fight winning streak, Oliveira is on his way to bigger and better things.

His performance last night won him two bonuses, tallying up to a $100,000 payday! See what other UFC fighters had to say about his win last night.

These two can fight inside my octagon any day. Both the Chael Sonnen class. #FOTN http://t.co/yXJSHDBr4b

My friend is sitting cage side. He just told me Oliveria was reading Lentz a bedtime story during that guillotine. http://t.co/yXJSHDBr4b

Lentz really finding the jaw of Oliveira with punches #UFCGoiania

Holy shit what a round. Serious knees and elbows #UFCGoiania

GREAT FIRST ROUND!!!!! That's a fight

Got that neck tho #UFCGoiania