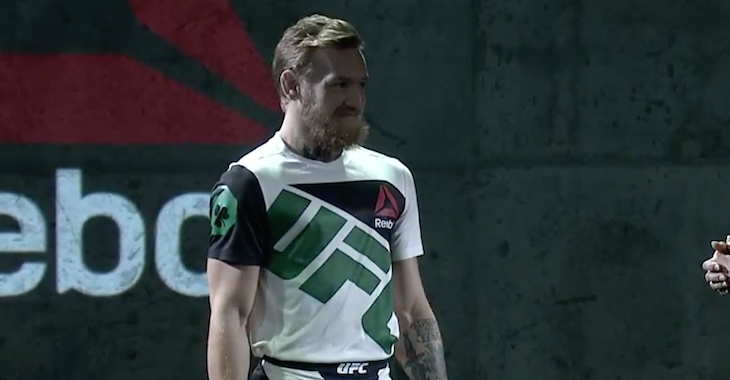 The UFC has officially revealed the new Reebok uniforms and reactions are…mixed.

But what do the people who actually have to wear them think? Plenty of UFC fighters took to social media to make comments on the uniforms, which will start being used at UFC 189.

About to put on my @headrushbrand fight kit and go to the gym so I can train.

“@BryanHamper: @ufc are you going to allow cowboyto include his patch on his shorts? Its been there since the beginning…”

here is the first look at my official #UFCfightKit from @reebok – http://t.co/KhrerfQHOR

I have really, really enjoyed the MMA media reaction to today's fashion show. Also, I think my tongue is bleeding.

You dont want to start a fight in that Room 🙂 #ufc new Reebok fight wear. What you think?? pic.twitter.com/kDjhMdpQZs

Know we all know what Connor's package looks like. I guess reebok don't make cups #ufcfightkit

It's all a bit #Zoolander

What do you think of the new look?