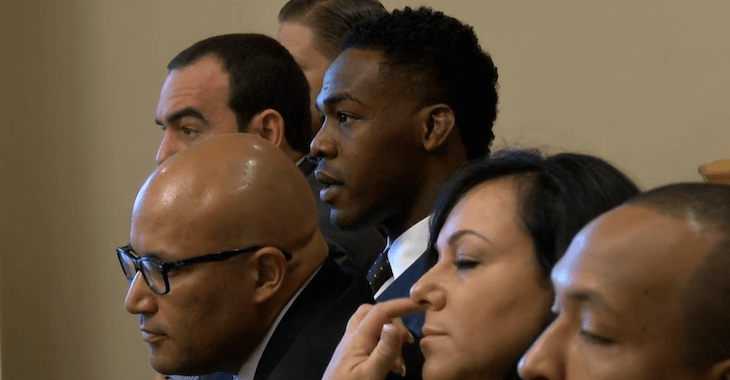 On Tuesday, former UFC light heavyweight fighter Jon Jones entered the court room and eventually left without any jail time. He plead guilty to the felony charge of fleeing the scene, but as part of a plea deal. The judge heard from Jones’ lawyer and from Jones himself, who apologized and asked for a shot at redemption.

The judge obliged and handed down 18 months of probation, along with 72 required appearances at schools or gyms, where he must speak with children about his life and the mistakes that he’s made.

Basically, the guy walked away from all this with a slap on the wrist, and a soft one at that.

Here’s what a few UFC fighters had to say about Jones’ punishment and possible return to the UFC.

Support to my bro @JonnyBones on his court hearing today. Praying for good results so he can get back to work and being a better man! 🙏

@JonnyBones is back. And The belt will get back to the Real Champ. @JacksonWinkMMA

Things to remember its how you get back up, not knocked down @JonnyBones still #unbroken good to see you back pic.twitter.com/XWD1wlxJSj