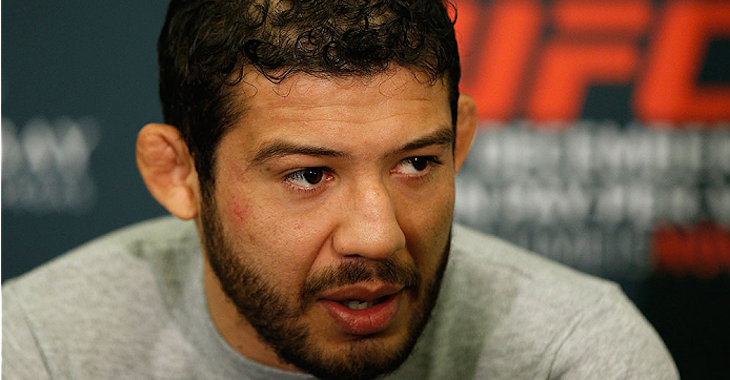 UFC confirmed on Monday afternoon that lightweight Gilbert Melendez has been suspended for a year due to a failed UFC 188 post fight drug test. In an official statement released by the Ultimate Fighting Championship, they stated that his urine sample came back positive for “exogenous origin of testosterone metabolites”.

UFC fighters took to social media to either throw in their two cents or throw their hat in the mix to replace him in his bout with Al Iaquinta.

Melendez getting busted for synthetic testosterone is actually a really big deal, what do you think @arielhelwani The game has changed

MMA, why you break my heart all the time?

I know a guy!! Always game, Drug and PED free

“@lesaboteur87: So does @Cowboycerrone want to fight Iaquinta for something to do in the interim? Got to make that money.

What the Funk is up with people and their supplements and PED-using minds? I don't take crap unless it's a gummy multi-vitamins. #ForWhy?

UFC has released a statement on Gilbert Melendez: http://t.co/0F16fc1IRq