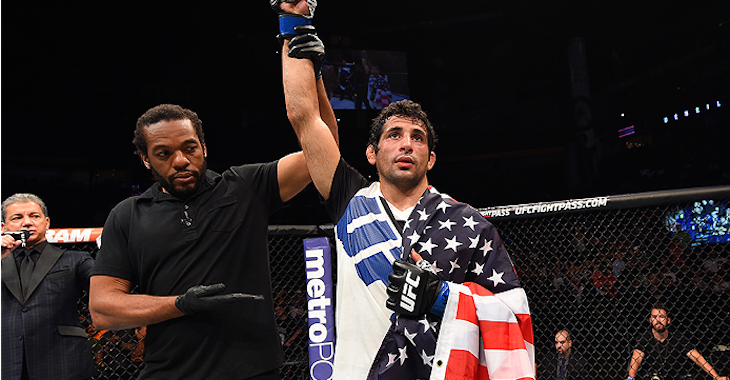 Michael Johnson put on what looked to be a winning performance in Nashville on Saturday night, but it was Beneil Dariush who would walk out of the octagon with his hands raised in victory!

The controversial split decision is the fight everybody is talking about from UFC Fight Night 73; check out what the UFC fighters and officials had to say about the decision below:

Wrong call!!! @FollowTheMenace won every round and scored the only knockdown and stopped every takedown. @ufc @UFCONFOX I'm confused #UFC

Tough fight to call but what a classy post fight speech. #UFCFightNight

WTF!!! I like Beneil but that was the biggest robbery!! Heads up @FollowTheMenace #UFCNashville #Blackzilians

Were the judges giving bjs instead of watching the fight?

The only way to beat Beneli Dariush is to finish him….. The only way I can win is finishing….

Who do you think should have taken home the win? Share your thoughts in the comment section below!