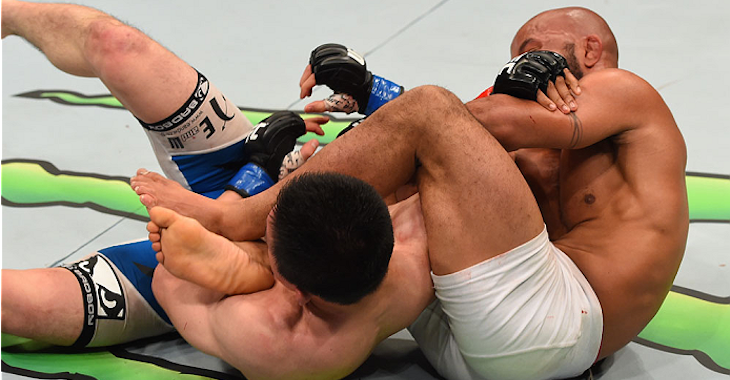 Demetrious Johnson vs Kyoji Horiguchi looked like it was going to go all five rounds at UFC 186, until, with one second left in the fight, the champ locked up an armbar and finished it. Check out what the MMA universe had to say on Twitter about the shocking ending.

Mighty Mouse is inspiring. Can't wait to get back to work.

SUPER impressed that at the 10 second warning in the 5th round, @MightyMouseUFC went for and finished an armlock! That's what I want to see!

In my opinion @MightyMouseUFC is p4p best fighter on @ufc roster. This dude is as athletic and technical as they come. Congrats man.

Congrats to @MightyMouseUFC you make WA and the rest of the PNW very proud brother.

Want to thank everybody for getting behind me, my coaches and teammates to always push me in the gym physically and mentally. THANK YOU!