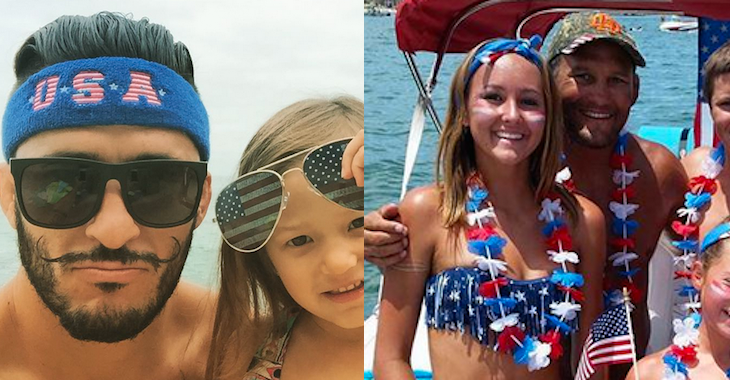 Yesterday was Independence Day and fighters of the UFC made sure to be wearing their red, white, and blue. Fighters from Dan Henderson to flyweight Ian McCall shared their patriotism with the world and showed off their pride in style! Check out these pictures below of fighters celebrating the holiday.

Happy 4th of July everyone ! Proud to be an American and even prouder to represent them when I fight! God bless pic.twitter.com/JdyGEaBN7o

Fireworks this AM! Getting @chadmendes & @cody_nolove some solid sparring @ufc #ufc189 #Merica Happy 4th everyone! @teamalphamalemma