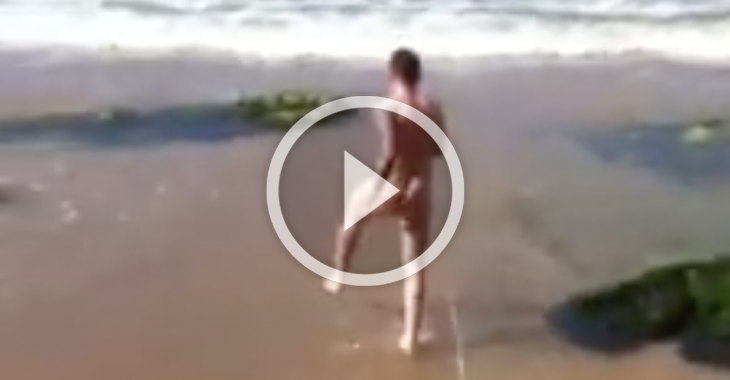 It looks like the fighters of the octagon are losing their MINDS with the lack of fights going on this week. UFC lightweight “Stormin'” Norman Parke appeared to be so bored, he was dared to run into the ocean butt-naked and actually went through with it! Of course, Parke commented on this video saying, “You’s 2 bluffed out!”, hinting that his brothers were supposed to complete the task with him. Check out the crazy video below!

Who is that nutter lol

Parke is expected to make his return to the octagon at “UFC Fight Night 76” against Reza Madadi in Ireland. Who do you think will take home the win? Share your thoughts in the comment section below!