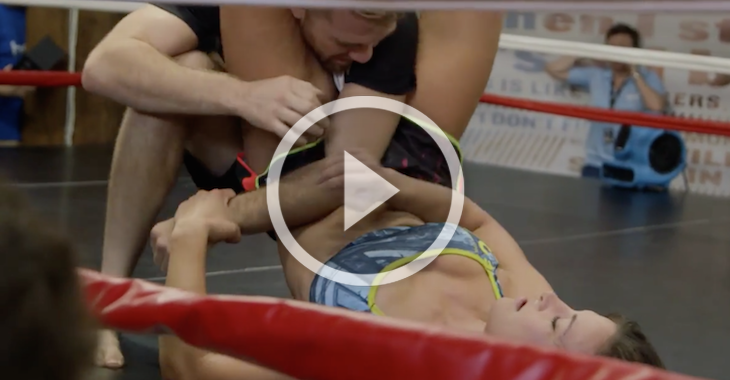 ‘On Episode 3 of UFC Fight Night Chicago, the stars of the card continue to train both with their camps and in front of fans. Women’s bantamweight contender Miesha Tate and her boyfriend, bantamweight Bryan Caraway, talk about the pressure of cornering and fighting in the same night. Tate’s opponent Jessica Eye makes time for sightseeing, while Philadelphia lightweight Paul Felder tackles media and makes an unplanned appearance at open workouts.’