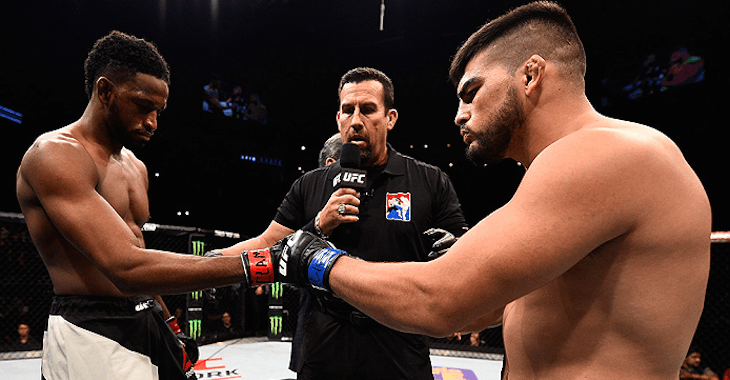 UFC Fight Night 78 has come and gone and the bonuses are in! During the post-fight press conference, it was announced that Neil Magny, Kelvin Gastelum, Polo Reyes and Andre Fili would all receive an extra $50,000 for their performances on Saturday evening!

Performance of the Night: Andre “Touchy” Fili
The Team Alpha Male standout welcomed fans around the world on FS1 with a phenominal performance against Gabriel Benitez. Andre Fili needed just over three minutes to dispose of Benitez with brutal punches after knocking him loopy with a swift headkick. The quick performance not only earned him his payday, but an extra $50,000 in bonus cash.

Performance of the Night: Polo Reyes
The customers of UFC Fight Pass who were lucky enough to tune into that portion of the preliminary matchups were treated to two fantastic knockouts, one of which belonging to Polo Reyes. Cesar Arzamendia got rocked in the first round with a punch by Reyes who followed it up with some extra shots to make sure nothing was going to stop him from taking home a Performance of the Night bonus.

Fight of the Night: Neil Magny vs. Kelvin Gastelum
By the time Magny and Gastelum took the center of the octagon, the viewers in the arena and watching around the world on television were mentally exhausted from all the decisions. The main event would end in the eighth straight decision of the night, but it said something about the performances of Magny and Gastelum that they earned “Fight of the Night” honors.

Do you think Magny and Gastelum should have won fight of the night? What would be your pick? Share your thoughts in the comment section below!