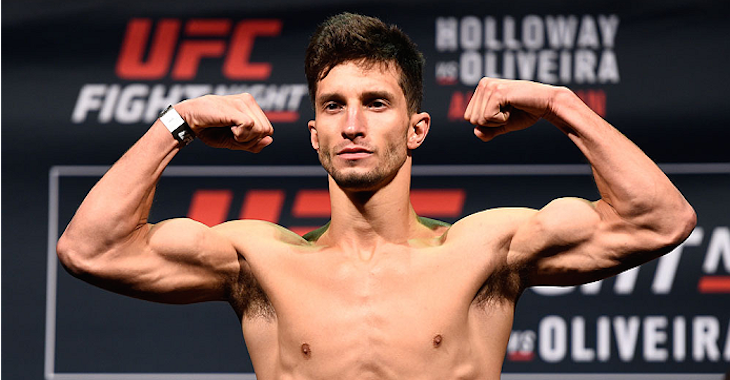 Frankie Perez picked up the tenth and final win of his career in spectacular fashion by knocking Sam Stout out cold in the first round at tonight’s UFC Fight Night 74.

Stout was looking to bounce back from two consecutive knockout losses to K.J. Noons and Ross Pearson, but he ate a huge right hook less than a minute into the round that sent him to the canvas. Perez jumped on him and landed seven clean shots before the referee stepped in to wave the fight off. Stout’s lights were on, but it was clear nobody was home; His hands were up and he was two seconds late to defending every punch Perez followed up with.

Following his win, Perez announced his retirement from mixed martial arts. He claimed he was done putting his body and family at risk. Not a bad way to retire!

Frankie Perez def. Sam Stout by way of TKO (Strikes) :54 of Round 1