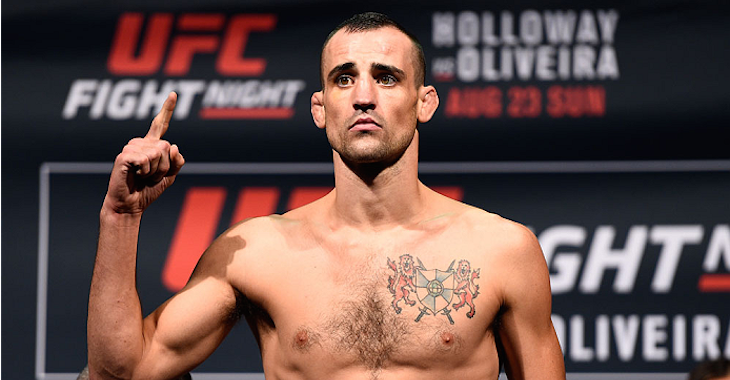 Shane Campbell put a shaky performance against John Makdessi behind him when he secured his first UFC win tonight in front of his fellow Canadians!

Even though neither fighter took serious damage in the opening round, Silverio did his best to sap the energy out of Campbell with constant takedown attempts. The kickboxing champion Campbell failed to fight off several of the attempts and Silverio transitioned at will while grappling on the canvas. Campbell showed great awareness, however, when he tried to sweep Silverio which led to a scramble where Campbell ultimately made it back to his feet.

Roles reversed in the second round when Campbell showed superiority in the grappling game due to fatigue setting in for Silverio’s. Campbell dominated while standing and on the ground and it was clear by the end of the second round that Campbell had it won; The only question was “How?”

Silverio tried his hardest at the beginning of the third round to secure a takedown, but Campbell was able to turn it into one of his own only to let Silverio back to his feet. Campbell picked Silverio apart for a few seconds before placing Silverio on his back with another takedown where they would spend the rest of the round.