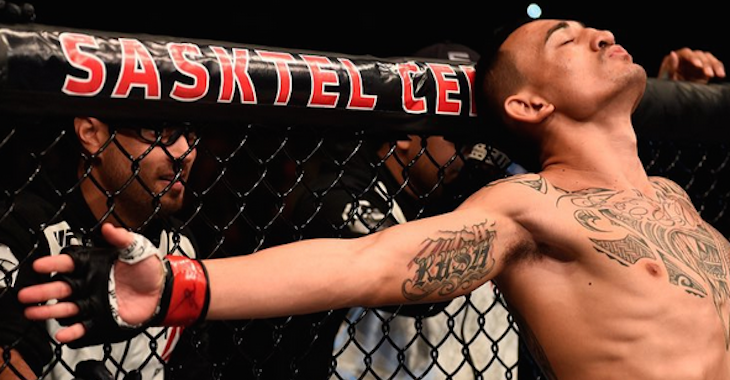 SaskTel Centre in Saskatoon, Saskatchewan, Canada hosted a UFC event for the first time on Sunday evening and it looked to be a big success. “UFC Fight Night 74” drew 7,202 fans and a gate of $949,000 (CAD/Canadian Dollar).

The fans flocked to the arena to watch Max Holloway and Charles Oliveira showcase their skills, but the featherweight contest was cut short when “Do Bronx” suffered a freak injury. Commentators spectated that it was anything from a stinger to a pinched nerve. UFC Official Tom Wright confirmed during the post fight press conference, however, that Oliveira was able to move his extremities and was ‘alert’.

Neil Magny shocked the world with his upset win over Erick Silva on short notice. Magny’s showing against Demian Maia at UFC 190 was one he wanted to forget so he hopped back on the wagon and defeated Silva in dominant fashion. Silva seemed to be one step behind Magny the entire fight who’s pace seemed unmatchable.