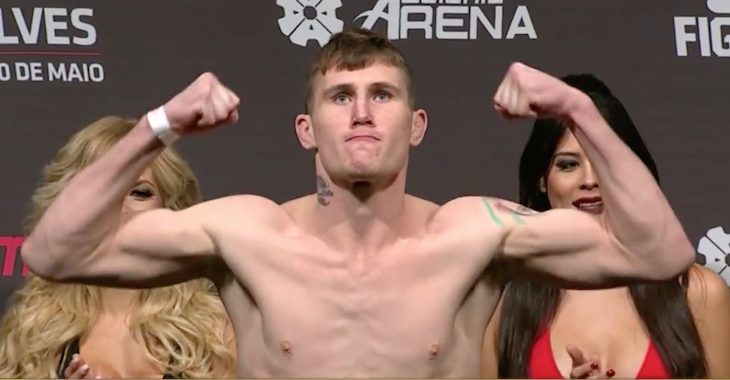 The main card started with Wendell Oliveira vs. Darren Till.

In the second Oliveira came in with strikes, but Till clinched up quickly. When they broke away Till landed a nice head kick, then body kick. Till then pulled off a nice throw takedown. In half guard Till landed a big elbow to the side of the head of Oliveira. Till started throwing more elbows. They were landing clean. He started unleashing on him until Oliveira went out. Impressive performance for the UFC newcomer.