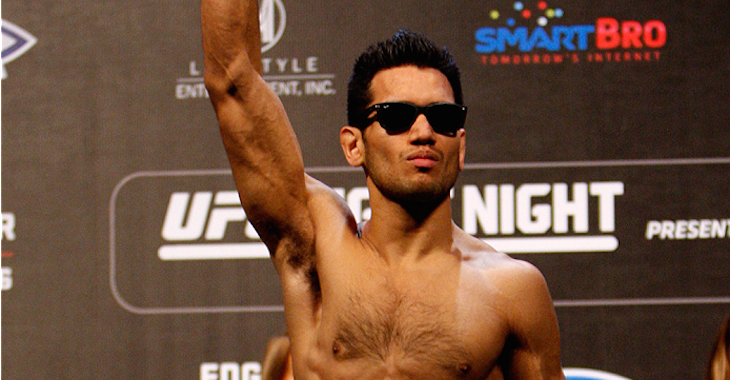 Phillipe Nover controlled the opening round with his superior takedown game. Yui Chul Nam had no answer when it came to takedown defense, but Nover offered little to no offense while the fight was on the ground. He seemed happy to take the fight to the ground, but apprehensive to advance.

Nam was able to improve his grappling game in the second by landing a takedown of his own towards the end of the round. Much like Nover, Nam didn’t advance positions much and Nover was able to pop right back to his feet.

Nam landed a takedown early on in the final round and eventually attempted a head-arm triangle. They were too close to the cage for the majority of the round which prevented Nam from locking in the hold which allowed Nover to eventually escape at the end of the round.

It was a close fight and the judging was screwy on Saturday, but nobody argued when Phillipe Nover was awarded the decision win.