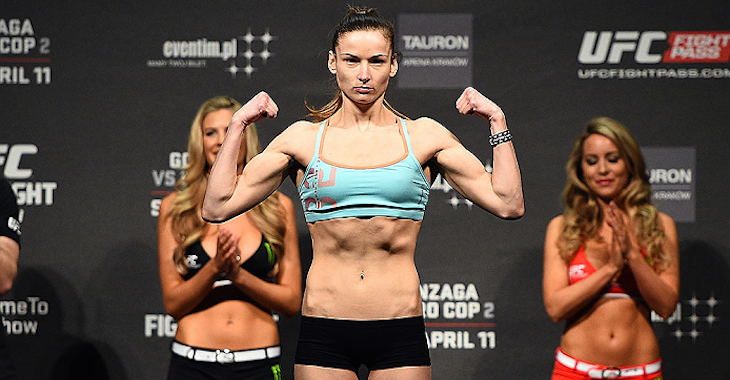 Joanne Calderwood did not get a chance to show what she was made of as she was caught by a Maryna Moroz armbar in less than two minutes.

With her arm hyperextending and nowhere to go, Calderwood tapped out and referee pulled them apart.

This is a tough loss for Calderwood as her original opponent pulled out a week ago.

Maryna Moroz def. Joanne Calderwood by way of Submission (Armbar) 1:30 of Round 1