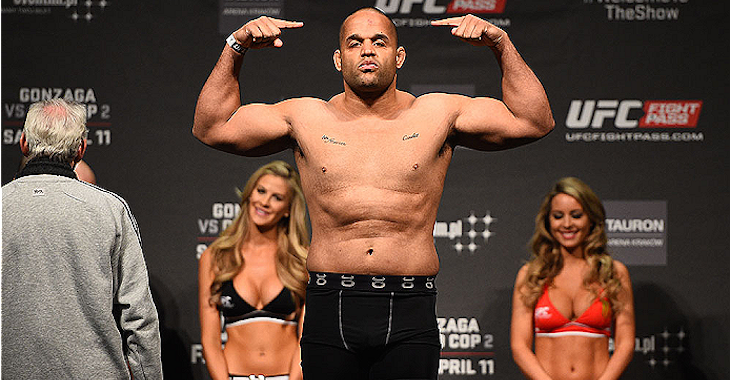 Heavyweights Daniel Omielanczuk and Anthony Hamilton left it all in the octagon today during their preliminary bout on UFC Fight Pass.

Omielanczuk spent the majority of the opening round defending a takedown attempt.

The second round saw BOTH men press their opponent up against the fence while looking for takedowns. The third round played out the same as the second— except Hamilton actually took Omielanczuk down to the ground.

Omielanczuk teased an arm lock from the bottom but he had nowhere near the positioning he needed to end the fight. Time expired with Hamilton on top and that takedown locked up the victory for him.