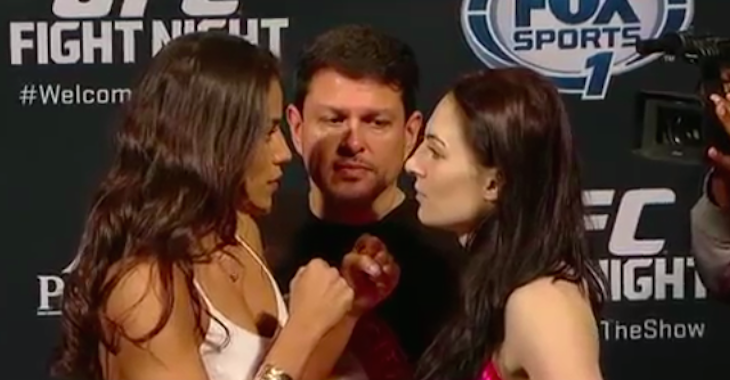 Check out who the UFC awarded the $50,000 Performance of the Night bonuses to!

Timothy Johnson
Johnson made quick work of Abdurakhimov when he knocked him out in the last seconds of round one. The performance brought the crowd to life after a lackluster opening fight.

Dustin Poirier
Dustin Poirier is back in lightweight and he made an IMPACTFUL return! Carlos Diego Ferreira didn’t even look like he belonged in the ring with the number six ranked lightweight. Poirier would go on to knock him out in the first round.

Julianna Pena
Pena manhandled Dudieva tonight! Every single time it looked like Dudieva was about to turn the tables, Pena cut her off and put her on her butt. Pena tossed Dudieva onto the mat and landed right in side control. She immediately transitioned to full mount and teed off until the referee stopped the fight.

Chad Mendes
Chad Mendes proved to be one of the division’s most powerful punchers after knocking Lamas out tonight. The shot landed on the top of Lamas head and he was never able to recover throughout the rest of the fight. Every time he got back to his feet, Mendes would drop him again. It wasn’t long before the referee stepped in to wave the fight off.