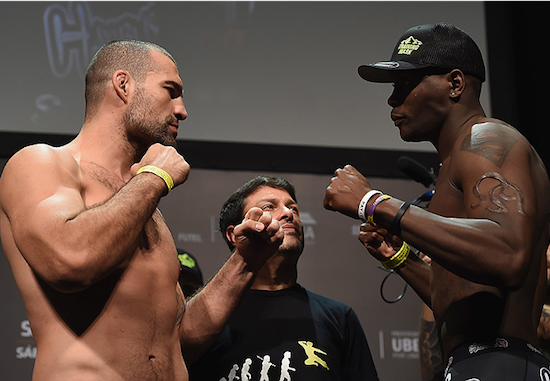 The event, which took place November 8th at the Ginasio Municipal Tancredo Neves in Uberlandia Brazil was headlined by a bout between MMA legend Mauricio ‘Shogun’ Rua, and Ovince Saint Preux, with Saint Preux getting the upset KO win.