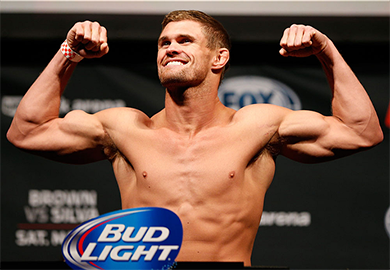 Daron Cruickshank brought the crowd to life with another first round stoppage tonight.

Daron Cruickshank landed a left high kick and Erik Koch fell face first to the canvas. It seemed as if he was out cold, but he came to and started defending the barrage of strikes Cruickshank was throwing. Cruickshank’s shots were landing but Koch continued trying to block them. Every punch and elbow that was thrown snuck through the guard of Koch more and more until the referee had seen enough.

This is Daron Cruickshank second technical knockout victory in a row.

Daron Cruickshank def. Erik Koch by way of TKO (Punch) 3:21 of Round 1