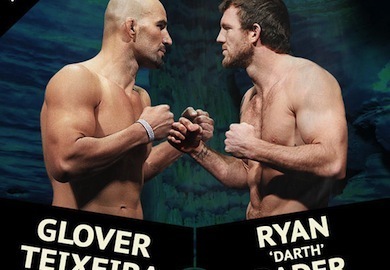 Today’s 22-fighter weigh-ins ceremony for tomorrow’s UFC Fight Night 28 event went on without a hitch, as all fighters made their contracted weight for the UFC’s third trip to Fox Sports 1.

Tomorrow night’s card serves as the lead-in to “The Ultimate Fighter 18: Rousey vs. Tate” reality series, which will debut after the conclusion of the main event between Glover Teixeira and Ryan Bader.

The full UFC Fight NIght 28 weigh-in results are as follows: