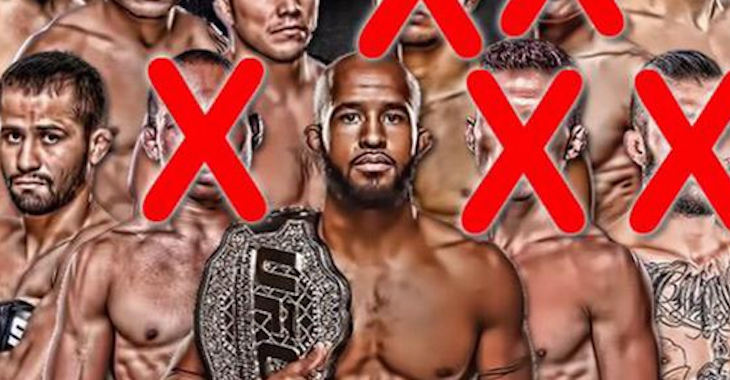 Demetrious “Mighty Mouse” Johnson isn’t known for his trash talk, but it looks like he’s trying to fix that. Johnson has been crushing competition in his division while defending his UFC Flyweight Championship. As a matter of fact, Johnson has only lost ONCE throughout his twelve fight UFC run.

It's good to be the king.. Shout to @B3Sports for the edit pic.twitter.com/nelnvk8bDr

Kyoji Horiguchi, Chris Cariaso, Joseph Benavidez, John Moraga, and several other have fallen victim to Johnson’s reign. Who do you think will be the first to defeat him? Share your choice in the comment section below!