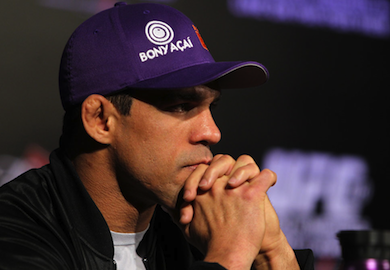 “Vitor Belfort’s next. Or – I don’t know. You never know what happens here. That Weidman-Silva fight happens, somebody gets hurt and they’re sidelined for. You just never know what’s going to happen. … Anything could happen, but there’s nothing but big fights for Vitor. Imagine if we do Anderson Silva vs. Vitor Belfort again. You could do that in a soccer stadium here.

After a first round K.O. win over Dan Henderson (see video here), how can anyone deny ‘The Phenom’s’ claim to challenge the winner of Silva vs. Weidman II?

The UFC boss also addressed the status of Belfort’s ability to fight in the states while using Testosterone Replacement Therapy.