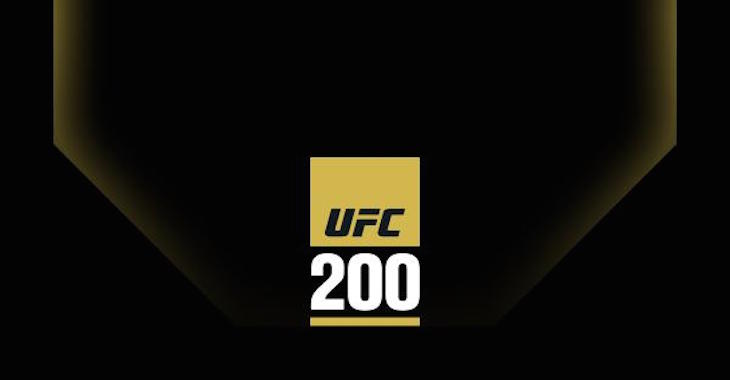 They already have a date and venue set for the card, which will take place in the brand new Las Vegas Arena.

Check out the statement from the UFC:

UFC President Dana White kicked off the UFC Fan Expo in a big way Friday afternoon, as he announced that the landmark UFC 200 event will take place in the soon-to-be opened Las Vegas Arena on Saturday, July 2, 2016.
Expected to be the biggest event in company history, UFC 200 will be the cornerstone of the UFC’s next International Fight Week, and the week of festivities will also include the always popular UFC Fan Expo.