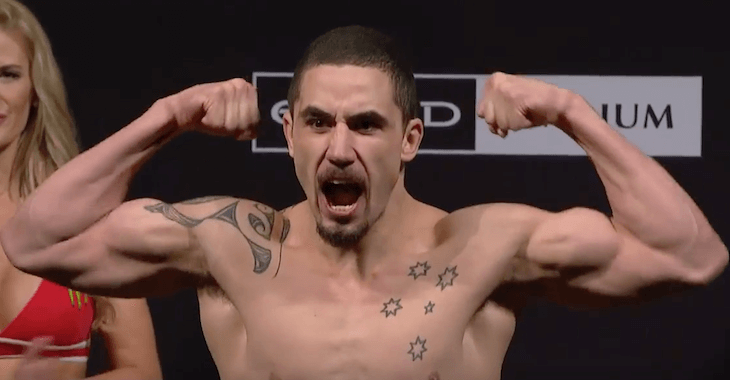 The second bout of the UFC 193 main card featured a middleweight tilt between Uriah Hall (13-5 MMA) and Robert Whittaker (15-4 MMA).

Whittaker came out quick in the first round, landing a clean superman punch that appeared to stun Hall. As the round went on Hall began to open up with strikes. A series of spins ending with a wheel kick that didn’t have enough room saw Hall end up on the ground in bottom position. Whittaker ended up securing Hall’s back however Uriah spun into guard and ended the round on top.

Some back and forth exchanges to start the second round. Hall grabs at his eye, indicating he had been poked which prompted the referee to give him time to recover however the replay showed it was not an eye poke with the tip of a finger. Hall lands a hard left kick with just over a minute left but Whittaker looks unfazed. Hall stalking Whittaker down with 30 seconds left in the 2nd. Hall throws a back kick at the end of the round but it misses.