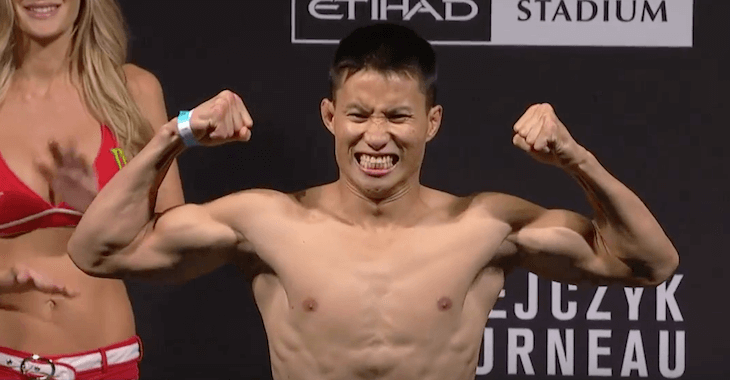 A flyweight bout between Ryan Benoit (8-4 MMA) and Ben Nguyen (15-5 MMA) kicked off the UFC 193 Fight Pass Prelims in Australia.

Nguyen was able to land an knee early on that sent Benoit crashing to the mat. Ben quickly moved in with punches from the top and ended up in the mount position. Benoit attempted to scramble but gave up his back. Nguyen dropped some more punches before eventually sinking in the rear-naked choke which forced Benoit to tap out.